The greatest woman skiers to have walked the earth finally hangs up her boots or rather skies at 34. Lindsey Vonn has won 82 World Cup races in her glittering career, the only woman to have done so. It was the injuries that finally forced her to retire.

People were coming in droves in anticipation of her skiing and more so for her spectacular falls. In her own words “I’m slightly crazy, and I don’t get scared.” She was always ready to risk everything. It was that attitude that led to a stellar career.

By the time she won the 2008 world cup title, she was well on her way to becoming a household name. She went on to win 3 Olympic medals, 7 World Championship medals and 3 overall titles. Her spectacular crashes though often put her in hospitals with terrible injuries. This forced her to take huge chunks off the skiing season to recover.

The last few years of her career saw her fighting a losing battle with her injuries. She said in a Facebook post, “My body is broken beyond repair, and it isn’t letting me have the final season I dreamed of.”

Her ultimate aim was to break Stenmark’s record of 87 World Cup race wins. Her body forced her to quit 5 wins short of the record. She says, “Honestly, retiring isn’t what upsets me. Retiring without reaching my goal is what will stay with me forever”.

Must Read This Article: North America or Europe Where Should you go First for Family Skiing.

Vonn retired from the sport as the most successful woman skier and was one of the few to win in five events on the World Cup: downhill, super-G, giant slalom, slalom, and combined.

No skier has left as much as an impression as Vonn. With her film star looks and walks down the red carpet in important events such as Oscars and photoshoots in magazines such as Sports Illustrated and Vogue she has attracted many adoring fans. But, the way she skied, her daredevilry and spectacular crashes were what that made her a celebrity.

In 2010, before the Winter Olympics in Vancouver, she injured her shin and declared that she may not race. She hobbled around for many days then won the downhill race!

In an interview, Vonn said that Billy Jean King inspired her a lot because she had done a lot for women in sports and played against a man! She also said her mantra is to give her best in everything she does and that, the results take care of themselves.

Vonn has been through a lot. Many crippling injuries that made her miss major events such as the 2014 Olympics, a divorce and a messy public breakup with golfer Tiger Woods. She has bounced back every time. She is a great ambassador for the sport. She has taken time to interact with kids, especially girls to share her experiences. Her persona attracted a lot of people into this niche’ sport. She is a role model for many young skiers.

Vonn is a living example of what courage and grit can do. Few can achieve as much as she has after all that she’s been through. She says, “I need to tell you that I’m not giving up! I’m just starting a new chapter.” She may go on to achieve laurels in other fields, but the world of sports will miss her electrifying presence. 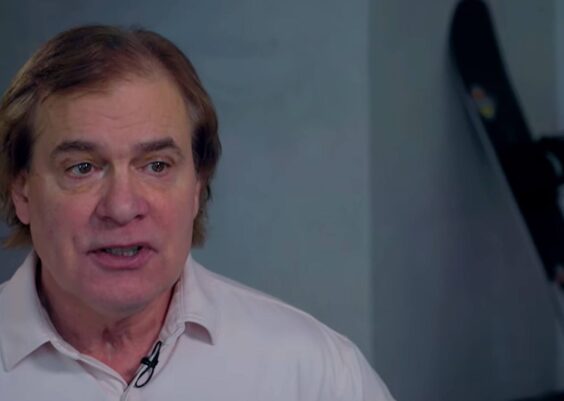