Home
Resources
Snow Ride
Why should you go for Burton Moto Snowboarding Boots as a Beginner?

It was another winter, and I wanted to do something different. In the past, I enjoyed cross-country skiing, but I wanted to try something more challenging. When I was young, I went downhill skiing, but I never seriously got interested in it. Maybe it was due to the time when I was in Boy Scouts. There was a boy from another troop who broke his leg and needed to go down the hill in a sled.

I didn’t want to break a leg, but I still felt a desire to do something more daring. I remembered once going down a small hill on a rented snowboard. Initially, I didn’t do very well. I kept falling down, but the snow was soft, so I was just getting wet. There were some elementary children trying to teach me some skills. I remember it was mostly how to perform jumps. I never understood how to do tricks, but by the time I left, I could make it down the hill without falling.

As I thought about my experience, there was a longing to try the sport again. I went on the internet and bought a cheap snowboard and boots. I really didn’t know what I was doing. I knew I didn’t have a lot of money and so I went for the cheapest boot and board on an auction site.

The boot I picked was Burton Moto Snowboard Boots. According to the snowboarding profiles website, this is an excellent boot for beginners, and I would agree.

The main factor is the price. When I was looking for a boot, I wanted a name brand product at an affordable price. When I bought a used pair of boots, the cost was around 50 dollars. A new pair is more like 180 dollars. When it comes to boots, this is a reasonable price.

Another feature is the medium-soft flex. This allows room for error as the beginner learns on the bunny hill. This could lead to a negative about the boot. On faster slopes, you need a quicker response time. This means a different boot would be better.

Something else to consider is the comfort. I felt the boot was very comfortable. I remember taking a break at the bottom of a hill a few years ago in a warming house, and I had no desire to take off my boots. I even left the pair of boots in my car even when I wasn’t snowboarding just in case I was stranded and needed something to keep my feet warm.

I think control on a snowboard is essential. The boot gave me good control on gentle slopes. The heel lift wasn’t terrible, and I was able to master the bunny hill. Yet when I tried snowboarding on more of a challenging slope, I ended up falling a lot. This resulted in a huge bruise. Was it the boot’s fault? Maybe. Or perhaps it was my fault for trying something I wasn’t ready for at the time.

There’s also shock absorption to consider for all those who like to perform tricks with a snowboard. I never completed a trick. I have a hard time just staying in a standing position, but for those who are beginners, there is adequate absorption. For those who are more advanced, then a more expensive boot should be considered.

The boots I bought still has the original lacing, so I don’t think there’s an issue with torn laces. Nevertheless, the newer boots have something called speed zone lacing. This allows for more of a tighter fit on the upper and lower part of the boot.

Besides, the lacing material on Moto boot is the same material being used by firefighters, so you have the assurance that the lacing is reliable. Who wants to lose a board and boots on a steep hill?

One customer wrote that he preferred the traditional lacing to the speed lacing system. He felt the need to keep adjusting the laces and the only benefit was the ability to get in and out of the boot quickly. A good alternative boot for those who like traditional lacing is Burton Invader.

The only other negative I have about the boot is the sizing. I ended up getting a size 8 while I would generally buy a 7.5. Sometimes I wear
a size 8, so I took a chance of getting the bigger size. Other reviewers had the same issue and would recommend getting a half-size larger when buying a Moto boot.

I believe this is the best boot to get for a beginner. The price is affordable, and there’s plenty of room in the boot for those who are
just learning the sport and need practice with making turns. The comfort is good for a snowboarding boot, and I never had an issue with my feet getting cold.

The only negative I could find was the speed lacing system. Some felt it was difficult to get used to and preferred the older method of tying the boots.

I would suggest going on a website or store and getting Burton Moto boots. If you are excited about the speed lacing system, then go
online and order your pair. 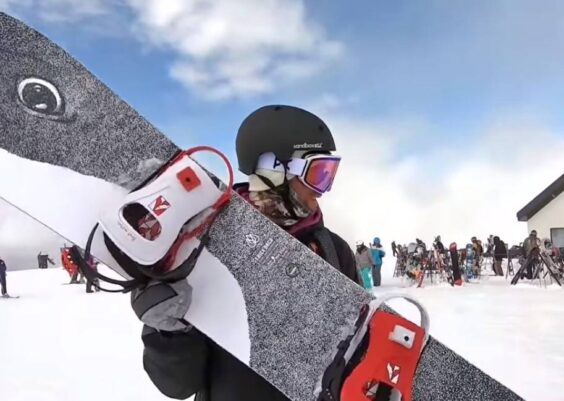 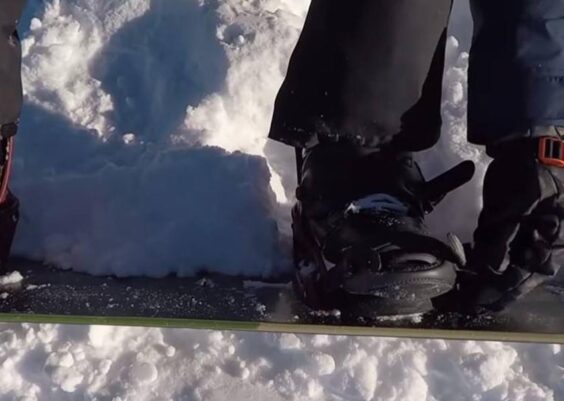